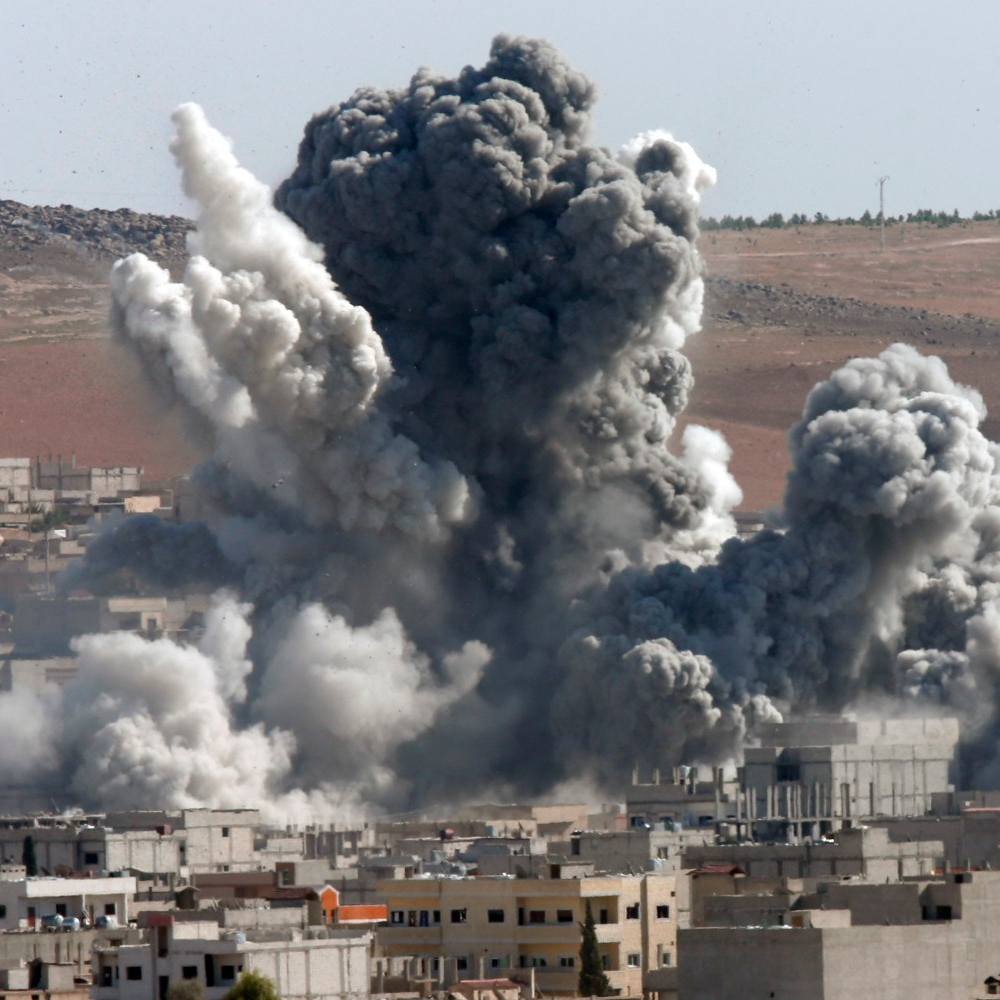 Trump is just a puppet at this point, albeit an amusing one. Andy Kaufman’s Tony Clifton character in glamorous orange.

Originally, Trump led a campaign that was staunchly anti-interventionist in its foreign policy. Of course this was swept right under the media rug, but he clearly stated that he wanted to get out of the Middle East, make friends with our old rival Russia and focus on the USA from the inside with nationalistic rather than expansionist values.

Have you noticed that there has barely been a peep from the raging Left about Trump’s recent interest in bloody warfare? Where are the protests? Where is the outrage? Funny, it’s almost like the media’s reporting on a topic may vastly influence the public’s reponse to it. If there had been one article and just the one, maybe two news shows about Trump’s pussy comment video, it may very well have been dust in the wind by now. But the papers are so cool, so impartial when it comes to reporting war. Suddenly they take the big clown more seriously. Who knew that was all it took? Team up with our ex-imperialistic buddies and bomb a small Middle Eastern country. Finally, some news to report on other than the “you-won’t-BELIEVE-what-he-said-this-time!” formula, which was getting a little old since 2016 be to honest. Here’s a bit from my favourite journalist:

Predictably, America’s foreign policy mavens are uniting to praise Trump. The most vivid reflection of the sickness of US political culture is how easy it is to get its elites to switch from “he’s a maniacal monster with dementia” to “I’m behind our Leader”: just bomb someone pic.twitter.com/aE9GyXHu1X

Trump has gone from anti-establishment figure to frightened puppet. Jimmy Dore shared an excellent tweet to this effect:

.@realDonaldTrump remember this? Take some advice from yourself. pic.twitter.com/4B5V4K9QI9

Who’s running the operations here? Who holds the reins but the media, just like it did with Iraq? It’s that old collective amnesia acting up again. It’s only fair, you can’t expect us to remember every time we killed some thousands of brown people in some remote land. We’re busy over here, fighting for our rights to free stuff and unlimited sensual pleasures.