Free markets may have been paved with good intentions, but they failed to take into account man’s vulnerability to the dangerous drugs called Comfort and Convenience. Of course we honed in more and more on tools that made everyday life effortless, and our devotion to the democratic concepts of capitalism only cemented our delusion. 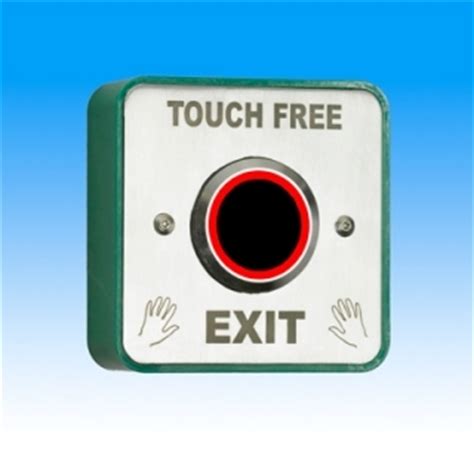 We pretend like dehumanisation is a terrible crime, and yet our tech-obsessed society persists in its mindless pursuit of ever more advanced technologies that spare us the “burden” of interacting with each other.

I grew up an introvert, almost any interaction requiring at least an initial effort on my part. Even calling an old friend can be an ordeal. My neurosis is such that if the conversation turned out merely neutral, it felt like a failure. Am I boring? Can I not entertain my friend like I used to? Have we lost our touch? Why can’t I just relax? Maybe if I could relax, that conversation would have been of some value to us. As it stands, it was dull, surface talk that neither of us could bring to an end as we helplessly tried to make it into something at least mildly memorable. Maybe she will never talk to me again.

That would probably be a relief, actually, a tiny voice tells me cruelly.

But! when it turns out all right, or even positive, the feeling of elation is immeasurable.

As it turns out, even a neurotic mess like myself can be a social butterfly. My days in the pub industry were filled with stimulation and fast-paced interactions that gave me the energy I needed to rush up and down stairs for twelve hours straight, with barely a toilet break in between. Interactions that had nothing at stake but the creation of a good, memorable experience. I could flit from one non-versation to the next with ease and leave nobody hanging. It was bliss!

Sometimes I think, how deeply would I have dived into asocial neurosis, had I never discovered this side of myself? Had I plunged into a serious university degree that tore me away from ninety per cent of society and into the deepest recesses of my analytical mind, convincing me that my ability to secure good grades was all that mattered? I see these people everywhere now. The graduates who struggle in day-to-day life but feel so secure in their intellectual superiority have risen to power and now torment little folk like us who were never given the chance to show them the thrill of a successful human interaction.

I could have gone down that road, I could have played the game and climbed the ranks. My academic capabilities were never an issue. My family (or is it just me?) despairs at the utter waste I have made of my above-average brain. But as I watch the fabric of society erode around me, I am thankful for the unforgettable moments of basic primal warmth I managed to scrape from the brave new world as it closed in on us.

Free markets may have been paved with good intentions, but they failed to take into account man’s vulnerability to the dangerous drugs called Comfort and Convenience. Of course we honed in more and more on tools that made everyday life effortless, and our devotion to the democratic concepts of capitalism only cemented our delusion. It sells. It’s what the people want. But the people are prey to the devious gods of convenience, having so rarely (if ever) experienced the bliss of a dreaded interaction that actually went well!

If, like me, you hope and pray that the other end of the line never picks up, you will be thrilled to find that you never have to talk to a living being on the phone again. You’ll never have to feel that fear of the unknown. What if I don’t know what to say, if I blab the wrong thing? You can’t blab to a robot, or an online form. You’re safe! Safe from the irrational fear of social contact, which will only dig itself deeper inside your brain like a worm, making you crave ever simpler processes.

But you justify this misconception of progress with the idea that it frees up time and brainpower to spend on great intellectual pursuits, like creating even more technologies to free up all that time wasted on seemingly unpleasant daily errands, until we end up like Vashti in E.M. Forster’s The Machine Stops, theorising away in her pod, refusing to see her son in person (what’s the point, if she can talk to him in hologram form?) as the unfathomably complex machine around her disintegrates through sheer bureaucratic inefficiency.

I’ve been watching this process intensify throughout my lifetime, and accelerate most alarmingly throughout the last year. Shut up in their conscientiously sterilised pods, people fall prey to the conniving elves who thrust cushions under their arses everywhere they sit, who deliver food to their door, who play the exact music and films to suit their tastes (remember the days when we discovered culture solely through friend or family recommendations?), who bring some shallow semblance of human connection through video chats, where they are protected from each other’s distinct smells, touches, and subtle body language. And we praise technology! Imagine all the lives that would be lost had we not had the help of these dehumanising tools! Now we can all be safe from each other’s unwanted touches and germs, we can schedule our meetings with worthy, like-minded folks without being subjected to the “neanderthals” who think differently (if one can even call their brain processes “thinking”!).

When I see opinion polls showing that an alarming percentage of folks will miss aspects of lockdown, how they felt it improved their lives, I only see more people falling prey to this deceptive scam of convenience.

I remember seeing an advert for a new pay-as-you-park app that said, “tired of looking around for the parking meter?”. I was bewildered that that might actually be attractive to people. The smallest physical efforts now are being abolished. We have become so comfortable that we are trying to avoid the tiniest efforts imaginable! Who even wants to push a filthy, physical button any more? Like pharaohs with their slaves, only the slave is a machine so it is no longer seen as a bad thing. But, folks: slavery isn’t only bad because it hurts innocent people. It also makes the user lazy and passive, and therefore more likely to stand idly by as innocent people, well, get hurt…

I may embark on your university degree, I’ll participate in your game. To an extent. But never will I take online bookings, automated clerks, self-driving cars, shiny and intimidating corporate facades as my vision of progress. Everything that distances us from each other is a step in the wrong direction, a step towards mass neurosis. We may indeed end up pressing that red button, if just to spare ourselves the pain of existence in a cold, sterile world – just like the men in Philip Wylie’s sci-fi classic The Disappearance who, deprived of the opposite sex, turn on each other in a destructive orgy as they find that their best analytical minds can only serve to expose in brilliant clarity the hopelessness of their plight.

I’ll be damned if I submit to such a regime without a fight. Call me a masochist, but I will fight for our right to discomfort, to inconvenience, to sharing sweat and blood and spit: all the things that make us alive, and not just smarmy Futurama-like heads in jars.