“Our past experiences shape our biases, which act as lenses in front of our eyes. Everything we see is interpreted after being filtered through the lenses of our bias…” 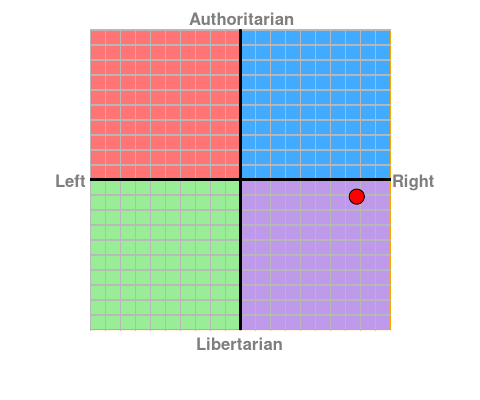 A small, yet important point to make regarding political discourse: do not believe anyone that purports to be speaking from pure objectivity. I am certain I am not speaking to anything more than a tiny minority. Yet, as appeals to authority have increasingly been taken less and less seriously (since the day someone first wondered if that dude is telling the truth that he is delivering the word of God), I do believe this point raises some broadly encompassing questions about our biases.

Without trying to sound philosophical, and without linking you to the plethora of scientific studies exploring this idea, it is safe to assume that every human being on planet earth experiences life in different ways, and our experiences all lend themselves to shaping our worldview. When we experience or consider something new, the subject in question is immediately sent to consult with the experiences already stored as memories in our heads. Only after being held up to scrutiny at the mercy of our previous experiences, and our feelings towards them, will our initial feelings towards the new experience be defined.

Our past experiences shape our biases, which act as lenses in front of our eyes. Everything we see is interpreted after being filtered through the lenses of our bias. For example, an individual that has been a victim of domestic violence is likely to immediately sympathise with another proposed victim, before details of the case have been made public. Meanwhile, an individual falsely accused of domestic violence in the past would be more likely to immediately sympathise with the proposed perpetrator. Ergo, one situation can appear entirely different, and invoke different responses from two perfectly rational people, with access to the exact same limited information, due to their biases.

While it is important we are somewhat aware of the knee jerk reactions we have to any particular issue, our bias goes much further. When setting out to look into an issue, attempting to pursue objectivity, the angle with which we approach our research is again influenced by our biases. So, when it comes to finding out more information on a topic, do you set out to prove (x) or (y)? Do you notice a pattern in what you are setting out to prove?